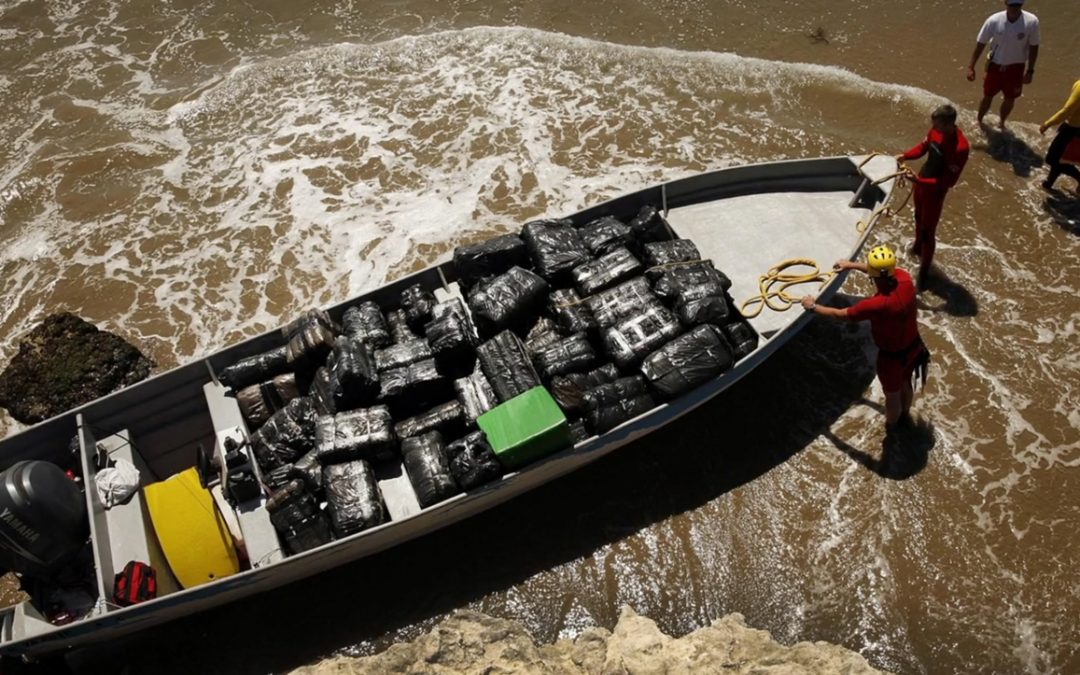 Cold dew sprays off the snapping branches below the feet of the Guerilla Grower line traversing a coastal cliff in Big Sur. Their backs ache with fatigue from hauling all the soil, compost, plants and water to the south facing slope on the coast away from civilization in the wilderness tucked between the native plants and brambles safely hidden from the Drug War. It’s planting season and the sun has yet to rise. There are still few hours to dig the holes, add the compost as nutrition and set the plants with their primitive irrigation to grow for the season- becoming one with the elements. Off in the distance, faint lights of a fishing boat blink for a bit then go dark once they find their barge. Not just any barge, but a bounty of imported cannabis and hash weighing in the metric tons. So begins the race to unload and get the payload back to shore before the Coast Guard or any other seafarer catches a glimpse. These are the stories of generations of Cannabis lines on the Central Coast during the 1970s. Whether it was using native aggregates and soil in the rugged cliffs of Big Sur or cleverly crafted treehouse platforms in the Redwoods of the Santa Cruz Mountains, the Guerilla Grower can be thanked for stewarding the lines coming from the imported bricks from Mexico, Central America, Asia and the Middle East.

International barges out on the Monterey Bay would wait for local fisherman and sailors to covertly uncover and unload hundreds of thousands of pounds of imported cannabis. These families carried on this large scale smuggling operation for most of the decade sourcing key genetics within the sticks, stems and flowers pressed into bricks which were dispersed between local Italian & Jewish families, Hippies and Surfers. The seventies were the heyday of flowers that came from Columbia, Mexico and Thailand. Legendary Hash known as Lizard Tongues, Surfboards, Elephant Ears came from Afghanistan. All these seeded bricks of cannabis provided the first breeding stock and domestic cultivation catalog of cultivars native to Mexico, Columbia, Asia and the Middle East. Families like the Cassidy’s began planting these seeds on the Central Coast and prior to removing the males which led to the discovery of Sinsemilla, a very special match was made known to many as the Big Sur Holy Weed.

Legend tells of an exceptional Zacatecas landrace or cultivar native to the Zacatecas region that evolved over 50 years organically without human interaction. The Zacatecas landrace proved very mold & mildew resistant but would be punished by rains in the late fall and winter which made it’s long flowering nature problematic. Somewhere down the line, a cultivator bred this Zacatecas landrace to a special Afghani that had acclimated to the coast and the prodigy of these two parents became the Big Sur Holy Weed.

Big Sur in the 60s and 70s was a very wild place with very little people or civilization. Hunter S. Thompson wrote, “the way life goes in Big Sur…waiting for the mail, watching the sea-lions in the surf or the freighters on the horizon…most of the time, working at whatever it is that you came to work on, whether it be painting, writing, gardening or the simple art of living your own life”. The Cassidy’s and Monks off the Coast of Big Sur were working landrace lines and creating what will be known as California’s landrace cultivar the Big Sur Holy Weed. The wild nature of the Central Coast and legacy of how Thompson articulated “living one’s own life” set the scene for the California Cannabis Revolution.